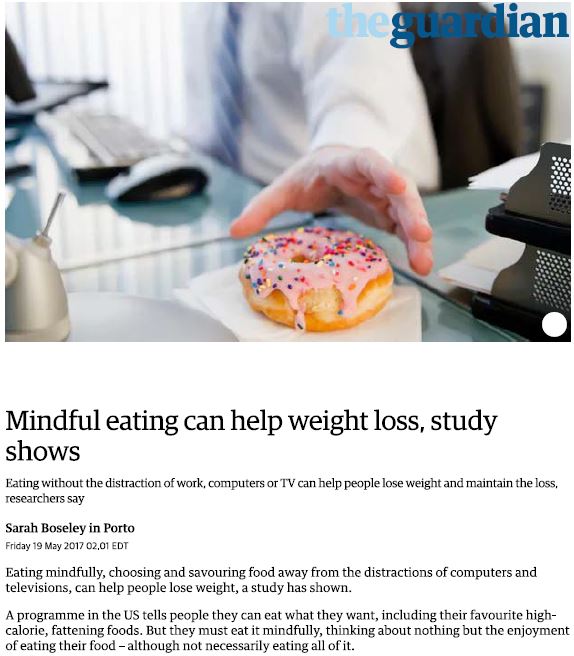 To test the theory of mindful eating, we ran a randomized control trial on the Eat Smart, Move More, Weigh Less program. The study results found that participants who are more mindful lost more weight than those who did not practice mindful eating. In addition, six months after the program had ended, 75% of participants had not regained the weight they had lost and some had lost even more. The full study results were presented by Eat Smart, Move More, Weigh Less PI, Dr. Carolyn Dunn, at the 2017 European Obesity Congress. We are honored that The Guardian has showcased the study findings in a recent article. To see the full article, click here: The Guardian: Mindful Eating Can Help Weight Loss.

The Press and Journal